Ethanol is the most common alcohol it has the formula C₂H₅OH

Other alcohols all contain different numbers of carbon atoms.

The prefix of the name of an alcohol is dependant on the number of carbon atoms it contains. The suffix of an alcohol's name with always be -anol because it is an alcohol. 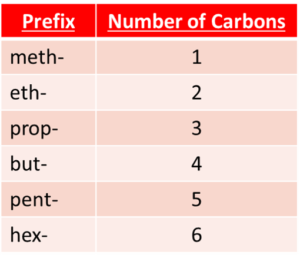 For example, an alcohol with four carbon atoms would have the name butanol

The structure of alcohols

All alcohols have a functional -OH group attached at the end of the alcohol. All carbon atoms are bonded to other carbon atoms with single bonds, all other bonds are single carbon - hydrogen bonds.

The properties of alcohols

All alcohols have the following properties

The production of alcohol

Alcohol can be produced in two different ways. Through the fermentation of glucose by yeast or through catalytic addition.

Yeast can turn glucose into ethanol through anaerobic respiration.

Alcohol can also be produced by reacting alkenes with steam at high temperature and pressure while using a catalyst.

If different alkenes are used in the reaction, different alcohols are produced, for example propene would produce propanol.

We use cookies to optimise our website and our service. You can revoke consent to these cookies at any time.
Manage options Manage services Manage vendors Read more about these purposes
View preferences
{title} {title} {title}